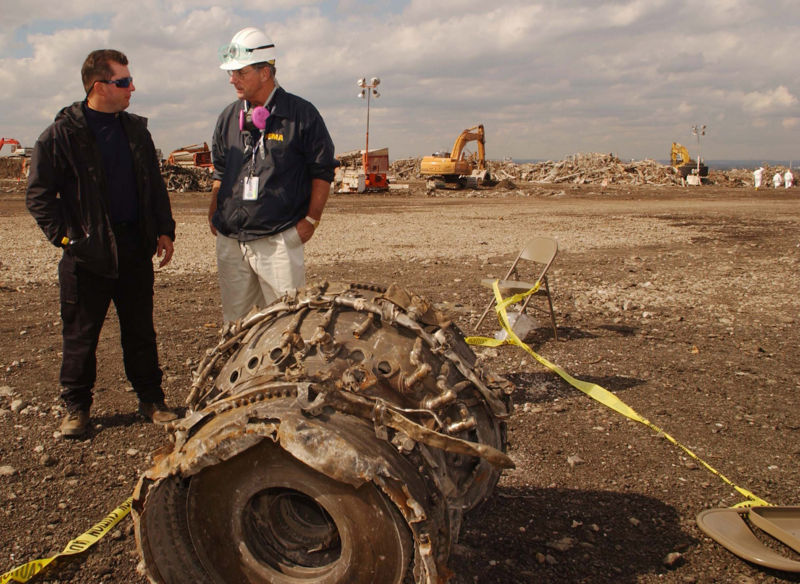 NIST told us in NIST NCSTAR 1-5A that "the two wheels in Figure 6-16 and Figure 6-18 are the only large pieces of aircraft debris from WTC1 that have been identified in the visual record", so presumably they're saying either this has been identified as an engine from WTC2/ Flight 175, or no such identification has been attempted.