We've often received emails asking why the US government won't release just "one quality video" to show what hit the Pentagon, and that this would then "answer all the questions".

Our immediate response is that new videos would do very little to stop the debates. After all, right now those who still say that no commercial jet hit the Pentagon must find ways to dismiss eye-witnesses, radar tracks, tapes of air traffic control radio, photos of wreckage, DNA identification of passengers remains, and passengers personal belongings being recovered from the crash site. If you believe these are all faked, then why would you accept any video as a true record of what happened?

And in reality, it's most unlikely that a CCTV camera would provide the image quality necessary to answer all questions (especially as even professional TV footage of flight 175 hasn't convinced everyone that it was the hijacked flight). Security cameras point at the property they're protecting, not into random areas of the sky, so if one does capture something then the chances are it will be in a small area of the image. They're generally low resolution, so detail will be inevitably poor. And they're usually set up with low frame rates to capture people: very fast moving objects will be a blur if they appear at all.

Don't take our word for it, though. Take a look at these examples. 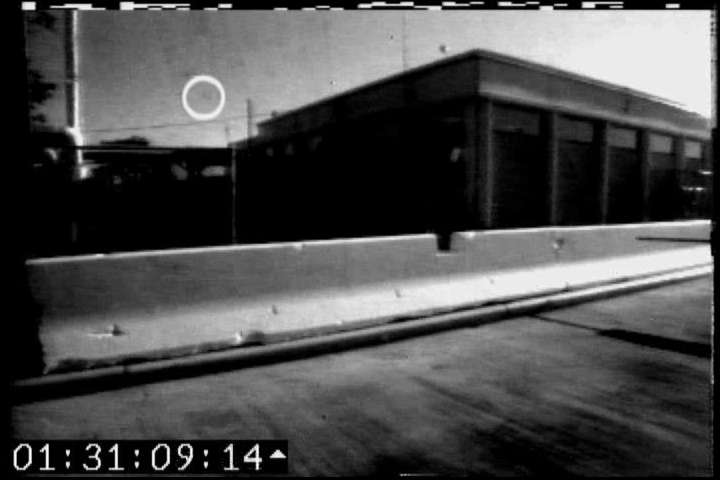 American Airlines Flight 587 crashed shortly after takeoff from JFK International airport on November 12, 2001. Yet the NTSB apparently only located one, very poor quality video that showed any detail of what happened. (This is a lossy JPEG taken from an encoded video, so won't be as good as the original, but you get the general idea: you'd still be able to watch the original and never notice the plane at all.)

The NTSB themselves said of the video:

This is a collection of video recordings captured by a security system that was operated by the Triborough Bridge and Tunnel Authority in New York, New York. This video contains views from two separate cameras located at the northwest end of the Marine Parkway Bridge. Each view is shown twice: once with a white circle added to the video to highlight the position of the airplane, and a second time without the white circle.

In the first view, the airplane can be seen as a small dot moving from left to right across the screen. In the second view, as the airplane moves downward, a streak can be seen trailing behind it during a portion of this view.

This video does not include sound.
http://www.ntsb.gov/events/2001/AA587/board_mtg_anim.htm

And the A320 that landed on the Hudson River in January 2009 was also captured on videos, but these also show considerable lack of detail. We need to be more cautious about this as an example, as we've not seen the original. Still, the plane in these tapes was landing at less than half the speed of Flight 77 in its final moments, so details should have been considerably easier to capture. But can you really identify what's going on in the initial part of the footage? 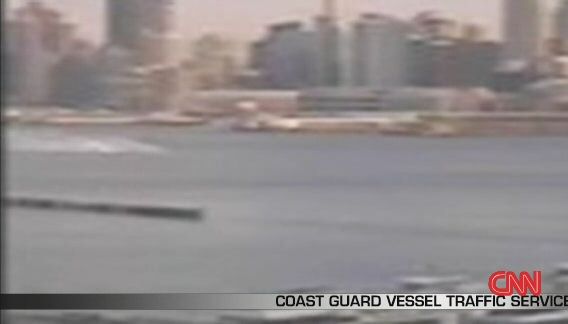